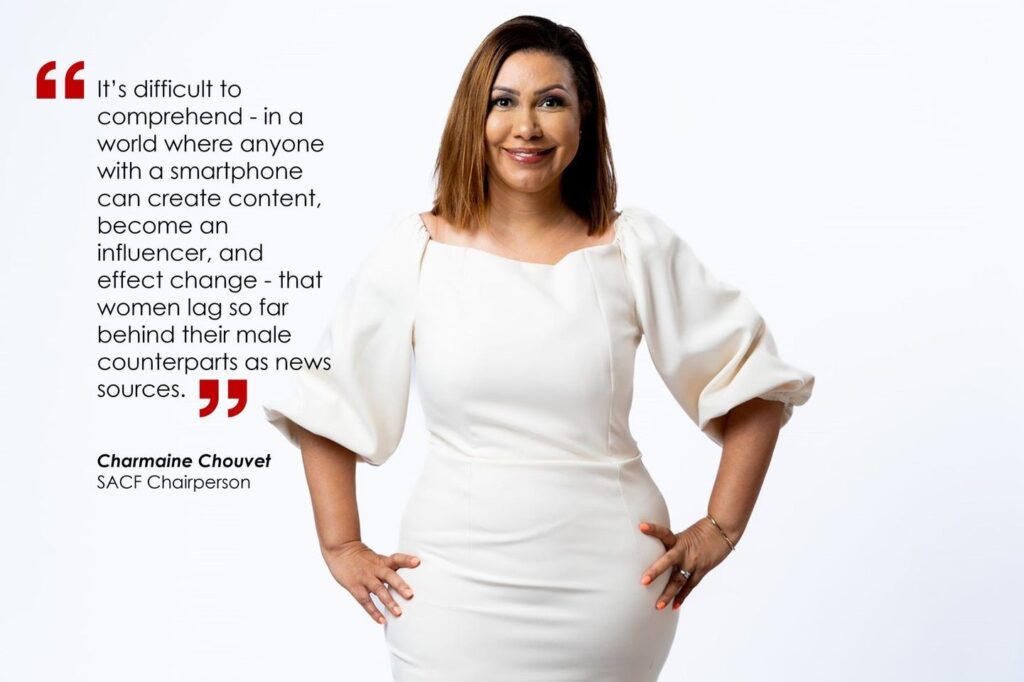 Opinion: Female media source for 2021 LGE should have us concerned.

Last month the Parliamentary Portfolio Committee for Communications received a presentation by Media Monitoring SA on coverage of the 2021 Local Government Elections.

In a nutshell, after a 62-day monitoring period and a total of 3, 748 media items analysed -1, 016 from SABC and 2, 732 from all other media – MMSA concluded that despite the challenges facing the media in 2021 which included political unrest in July, the ongoing Covid-19 pandemic, and shrinking of newsroom resources; media coverage was fair, unbiased, and fulfilled its educational mandate.

What stood out for me in the report was a slide on sources by gender. Sources refer to people seen, heard, or read about in the news. From the public broadcaster’s standpoint, men made up 82% of media sources, while 18 percent of the news sources came from women. In the broader media landscape women account for 19% of news sources, men for 79%, and 2 percent of sources were transgender and transexual.

In a month where I’ve had the privilege to reflect on the International Women’s Day campaign: #Break the Bias, and our local Human Rights Day – the presentation had me questioning the huge discrepancy in source by gender.

A cursory online search (old faithful google) confirms this trend in a study. Research suggests just 24% of global news sources were women, and the news topics where women are most visible garner the least coverage.

It’s difficult to comprehend – in a world where anyone with a smartphone can create content, become an influencer, and effect change – that women lag so far behind their male counterparts as news sources. Unsurprisingly, this statistic is not only indicative of the South African landscape. Around the world, women are far less likely than men to be seen in the media. As subjects of stories, women only appear in a quarter of television, radio, and print news. In a 2019 report, women made up a mere 19% of experts featured in news stories and 37% of reporters telling stories globally.

As a veteran – I use the term loosely – in the Information and communications technology environment; I cannot help but draw a parallel between gender representation and access to the internet.

Web Foundation’s Women’s Rights Online shows that in the global South, women are 50% less likely to be online than men. Once online, women are also less likely to use the web to access important information related to their rights.

Women’s access to ICT are further constrained by factors that go beyond issues of technological infrastructure: socially and culturally constructed gender roles shape and limit the capacity of women and men to participate on equal terms.

So, back to the MMSA report: If the news were truly a mirror of the world, we should expect to see at least an equal gender share of voices in content – especially when key decisions need to be made with regards to democracy and a better future. In South Africa and we, in particular, need to know that a gender-imbalanced picture of society can reinforce and perpetuate harmful gender stereotypes.

Collectively we need to see a concerted effort in both the policy, broadcast, media operator and activist sectors to address the slow movement in terms of numerical gender parity from both media representation and access to the internet

HOW TO AVOID BEING SCAMMED

Subscribe to our weekly newsletter below and never miss the latest product or an exclusive offer.